A CERTAIN KIND OF LIGHT

'A certain kind of light' is a new programme for voice and fixed audio that voyages through meditation, memorialising, murmuring and mimicry to cast new light on what it means to sing and to be a singer. At the heart of the programme are three modules of Tracery, an new collaboration with composer Cassandra Miller.

The programme is designed for performance in intimate spaces and takes its title from an exhibition of visual art presented at The Exchange, Penzance. 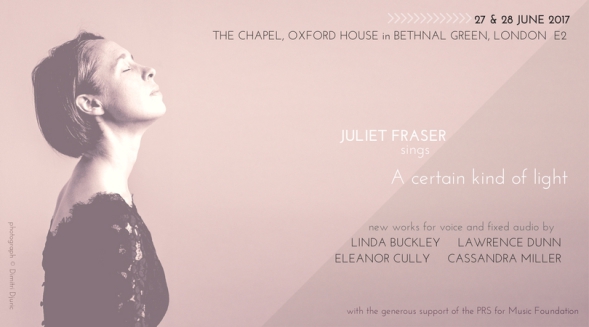 This project was generously supported by the PRS Foundation.