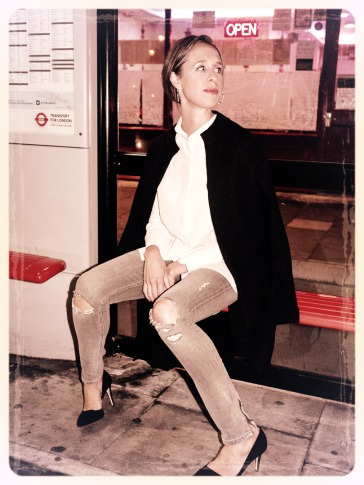 I am a soprano, specialising in the gnarly edges of contemporary classical music. Most of what I sing is brand-new; much of it is written especially for me. My repertoire spans works for solo voice, voice and electronics, voice and piano, voice and ensemble or, as co-founder of EXAUDI, works for vocal ensemble. I began my career singing early music and I still keep that in that mix. I am artistic director of eavesdropping, a festival for experimental musics in East London, and co-director of all that dust, a little independent label for new music.

Forthcoming highlights include a double bill with the Bozzini Quartet at Dartington Music Summer School of Schoenberg's Second String Quartet and a new response to that extraordinary piece by Christopher Fox, and a performance of Rebecca Saunders's Skin with Talea Ensemble at TIME:SPANS Festival in New York. For the 2022-23 season I have commissioned new works from Nwando Ebizie and Newton Armstrong, which will be presented at City, University of London, the Bernaola Festival in Vitoria and Rainy Days Festival in Luxembourg. Other premieres include new works by Larry Goves, with House of Bedlam, and Angharad Davies, with Explore Ensemble. I will also finally be attempting Morton Feldman's Neither, which is terrifying and exciting in equal measure.